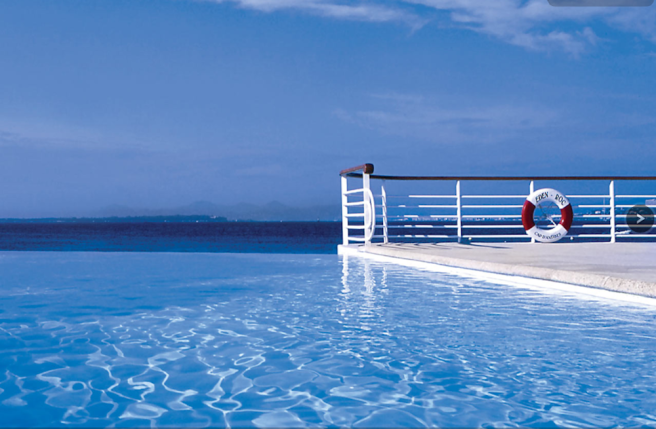 SAINT-TROPEZ, France — Winding down the Corniche, one of Europe’s most breath-taking roads, and descending into Saint-Tropez from the direction of Monte Carlo, the super-yachts cruising the bay below look like nothing more than polished toys, discarded in a child’s paddling pool.

Henri Matisse, the most renowned Tropezian artiste en résidence, would have enjoyed the view at Le Byblos’ palette-shaped pool. Under the hotel’s terracotta and sand façades, swimsuits printed with colourful turtles, palm trees and maritime themes are everywhere. Almost every male guest is part of the riot. And, indeed, everywhere you look, the panoply of Russian oligarchs, surly Gulf teenagers, “on-call” Americans and multiple generations of euro-moneyed sunbathers are wearing the same thing: Vilebrequin swimsuits.

The Saint-Tropezian brand has come to dominate one of the most lucrative customer demographics in the world — and one notoriously hard to market to: internationally mobile, male high net worth individuals (HNWIs). 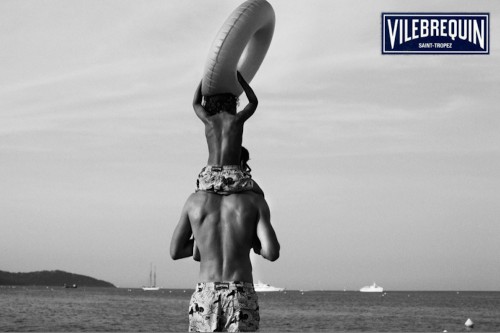 Vilebrequin’s printed swimsuits range in price from the merely costly ($200) to the astronomical: the brand’s limited edition Golden Turtle trunks — of which the company has sold “six or seven” pairs this month alone — are embroidered with 24 karat gold and go for $8000. Indeed, wealth has become as much a part of the Vilebrequin brand as its turtle motif.

With 185 doors worldwide, including wholesale, franchises and directly owned and operated boutiques, Vilebrequin posted sales of €45 million ($60 million) for 2011, the year the company was acquired by GIII Apparel for €85.5 million ($114 million). Since the acquisition, sales have grown by at least 10 percent, driven by the company’s rollout of Vilebrequin boutiques.

Roland Herlory, chief executive of Vilebrequin, believes the brand’s popularity stems from three things: “the quality of fabrics, the level of creation, and the history. We do not come from a short story; we have a long story, the French Riviera spirit of the 70s; the history brings depth.”

France remains the most significant market for the company, but Vilebrequin trunks are worn around the world. “The consumer is international and their holiday destinations range from European hotspots such as Cannes, Saint-Tropez and Italy to exotic locations in the Caribbean such as Mustique. They look for luxury, style and exclusivity in all their sartorial choices and their holiday wardrobe is no exception,” said Jason Broderick, head menswear and sports buyer at Harrods.

Herlory is understandably proud of the product, highlighting “the quality and consistency of production, [the use of] double needle machines andpoint d’arrêt, the way we stop the stitching… Vilebrequin suits are as beautiful on the inside as the outside.” As to why customers choose Vilebrequin, Herlory acknowledges: “It’s a big asset being a status symbol.” He also contrasts the brand’s emotional value with the reality of its wealthy customers’ everyday lives: “The client buying a Vilebrequin suit is buying fantasy and holidays; he is buying something out of the business life he has to live day-to-day.”

But so lucrative a market will always attract competition. And through its faithfulness to its boxer short design with an elasticated waist, revolutionary in the 1970s but now widely imitated across the globe, Vilebrequin has left a gap in the market for a fast-rising newcomer. 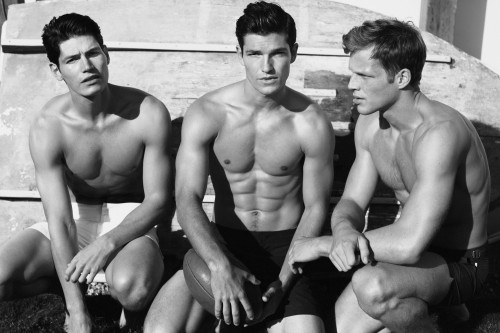 “The original idea for Orlebar Brown came from looking around the pool and seeing men wearing briefs, baggy board shorts or floral print elasticated waistband boxer short styles,” said Adam Brown, founder of Orlebar Brown, a six-year-old British company, founded online, whose tailored swimwear collection ranges from $200 to $350. “The inspiration really came with the philosophy that fit is paramount — shorts you could swim in, rather than swimming shorts. You can wear them on the beach and then you can go and have lunch. They are based on a 17-piece pattern, a four-part waistband, the zip fly, darts at the back, zip back pockets, all of those elements.”

The company began online for pragmatic reasons. “Initially, I am afraid it was nothing more clever than online was all I could afford. But, if done properly, a website really gives start-ups the opportunity to present a much more sophisticated face to an international audience from the start, although we are clearly now aiming to be a multi-channel business.”

Today, as well as selling to 105 countries through its website, Orlebar Brown has three standalone stores in the UK and distributes to more than 250 doors in 38 countries, including Selfridges, Harrods, Mr Porter,Bergdorf Goodman and Barneys New York. The brand has become especially popular with a generation of young professionals, too cool to say that they “work hard and play hard,” but do exactly that.

And just a few days ago, the company announced an £8 million ($12.4 million) investment from private equity firm Piper in exchange for a significant minority stake.

“We are 55 percent not swim now actually, we have already launched into new categories, but through the investment we are definitely looking into why Orlebar Brown couldn’t do other categories such as sunglasses, shoes or bags,” said Brown.

Morris Goldfarb CEO of G-III Apparel Group also aims to “make Vilebrequin a global and diversified luxury brand” beyond its roots in men’s swimwear. The company will start selling women’s resortwear in November — “to offer the Vilebrequin world to them as they are already our clients, when they buy for their families” — and plans to expand into beach accessories, sandals and towels, as well.

Both Vilebrequin and Orlebar Brown are also focused on expansion in the US market. “Today [Vilebrequin] is distributed mainly in Europe and part of the Americas, North America, the Caribbean. We still have large [growth] potential in the US. We intend to open 5 to 7 stores a year in the US,” said Helory.

Brown, too, spotted “a natural opportunity in the States, so we are planning to open an office there, in October or November, to really support that growth. Currently, we don’t really court the American market in any active way, but already 30 percent of our business is coming from there, so we want to put staff on the ground.” The company is in the final stages of choosing the New York location of its first US store.

Unusually, expansion in Asia has not been a big priority for either company. Vilebrequin is currently in the process of lining up distribution deals in the market, but, at the moment, “in Asia we are only in Hong Kong and Macau — nothing in Singapore or the big countries, Japan, China and Korea,” said Helroy. “My concern is that in Asia people do not go to the beach very much and they do not like the sun, but the reality is there are so many people, and from such a large clientele, there are always people who live a western style life for us to do a good business with.”

As for Orlebar Brown, the company is taking time to fully germinate before tackling Asia. “China we have not started,” said Brown. “We are looking to put a strategy in place over the next two years where we are considering China, but it is certainly not up there at the moment. We are way too small, we would be stupid to do it now. We have barely scratched the surface of Europe and we don’t want to stretch ourselves too thinly. Emerging markets will of course be on our agenda but I don’t think we need to be doing it quite yet.”