With his “One Belt, One Road” initiative (OBOR) Chinese president Xi Jinping is reviving the old Silk Road. The Chinese artist Chen Nong (50) has these last few years been inspired by the Silk Road. While Xi Jinping is pursuing the extension and strengthening of the political and economic power of the Middle Kingdom, Chen Nong is from his historical perspective, first of all, empowering the image. 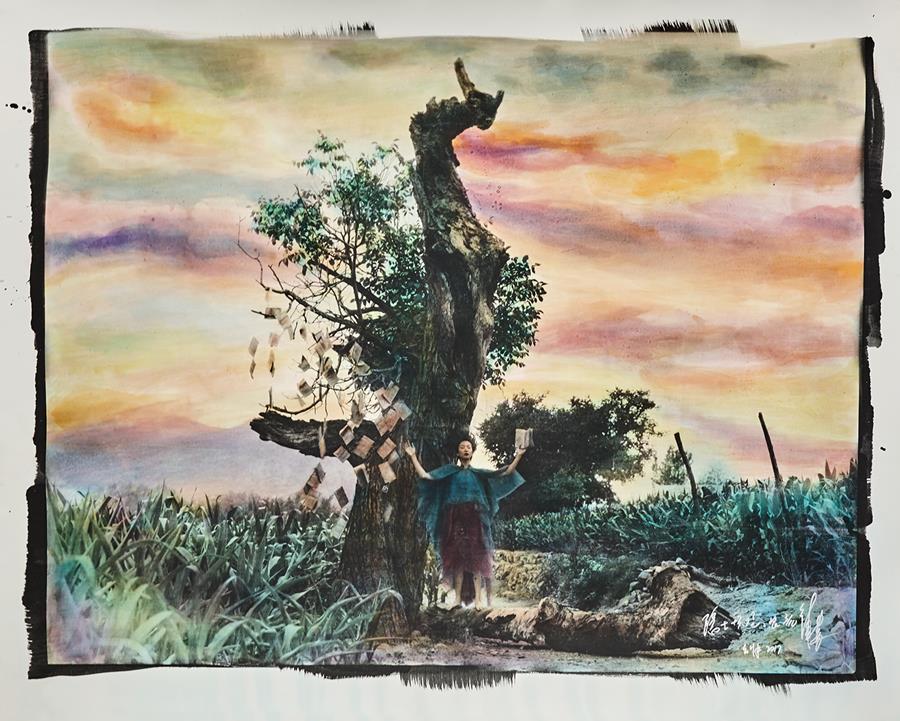 The early silk trade was carried on against incredible odds by great caravans of merchants and animals, traveling over some of the most inhospitable territories on earth. From China, the Silk Road led via India and Persia further to Baghdad, Damascus and Constantinople on the banks of the Bosporus. In the second century before the Christian era the Silk Road was traveled for the first time by the Chinese emissary Zhang Qian, who was sent by Emperor Wudi (141 – 87 BC) of the Han Dynasty on this mission. The Silk Road became the most important trade route as well as instrument for cross-cultural exchange between the Far East and the West.

Chen Nong became internationally recognized with his hand-painted photographs depicting events from the rich Chinese history. His series of works about the eight most important farmer rebellions on the banks of the Yellow River during the past 2000 years drew a lot of attention at his solo exhibition at Reflex Amsterdam in 2012.

With his series about the Silk Road Chen Nong conjures up images of fabulous cities and exotic regions of long gone empires and great conquerors. Against the backdrop of ruins from the period of the Silk Road in the western Chinese province of Xinjiang, Chen Nong illustrates the decoration of his imaginative and colorful stories.

Apart from his wondrous images about the Silk Road, Chen Nong also shows works of his series “Scenes of Reflections”. With this impressive series, Chen Nong refers to Buddhism and Zen in Chinese culture and history. 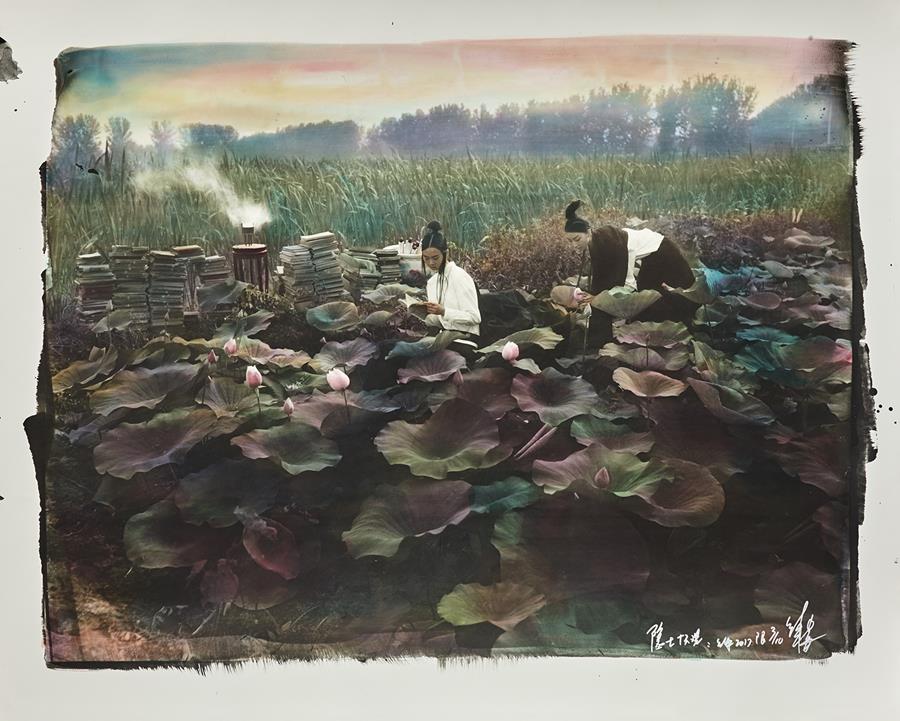 Born in Fuzhou of Fujian Province, China, Chen Nong worked for a TV production before he started to do sculptures in Fuzhou, Fujian Province. In 1996 he established a photo studio in Fuzhou, and in 2000 a photo studio in Hutong café in Beijing, the city where he currently lives and works. Chen Nong’s works are included in international collections, such as the International Center for Photography, New York, National Museum of Art, Australia, Museum of Cultures, Basel, Museum of Art, Harvard University, and St. Barbara Museum, California. The San Fransciso MoMA recently acquired eight works of the artist.