A hotspot of culture, a medley of architectureThe Frans Hals Museum is divided over two locations: Hof and Hal. They are within a short and scenic walk from each other, through historic Haarlem.

Hal is a hotspot of culture on Haarlem’s Grote Markt. But it is also a medley of beautiful architecture as it comprises three different buildings, each from a different century: the Vleeshal (‘Meat Hall’), Vishuisje (‘Fish House’) and Verweyhal (‘Verwey Hall’). An imminent renovation will result in the harmonious integration of all three buildings.

VleeshalSince it became a museum in 1951, the Vleeshal (Meat Hall) has exhibited the work of many famous artists: from Rembrandt to Damien Hirst (famous for, among others, the diamond-encrusted skull). Built in the early 17th century, this impressive building was originally – as the name suggests – the municipal market hall for butchers and meat merchants. It was designed by the famous Flemish architect Lieven de Key (1560-1627), who – just like Frans Hals – had fled to Haarlem to escape the Spanish rule.
VishuisjeThe small Vishuisje (Fish House) was built around 1600 and as of 1766, it was home to the superintendent of the fish market. Later, when it was a coffee house, the Zandvoort fishwives would come here to rest and chat. The house, which was completely rebuilt in 1905, stands between the two museum halls. During a major renovation in the early ’90s it was included in the De Hallen museum complex.
VerweyhalThe Verweyhal (Verwey Hall) was built in 1879/80 for the gentlemen’s society, Trou moet Blycken. There is nothing left of the original interior now, but at the time, the building boasted an expensive parquet floor, which was rubbed and polished for about six hours every day. Later, a bank moved into the premises, and eventually it became an exhibition space. After the last renovation, in the ’90s, the building was named after Haarlem painter Kees Verwey (1900-1995). Verwey gave his work to the Frans Hals Museum and, via his foundation, made it possible for the museum to cover the renovation costs. 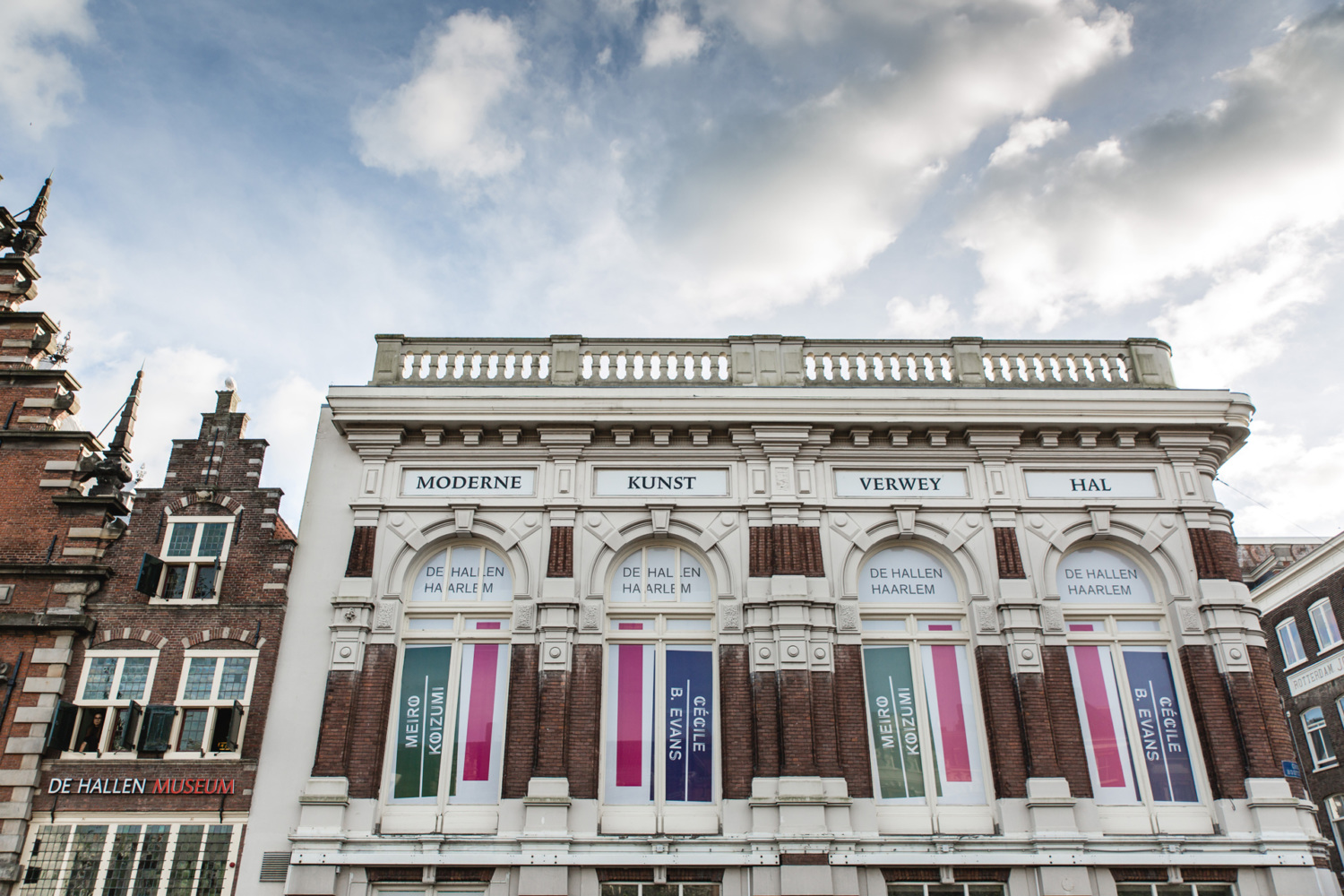 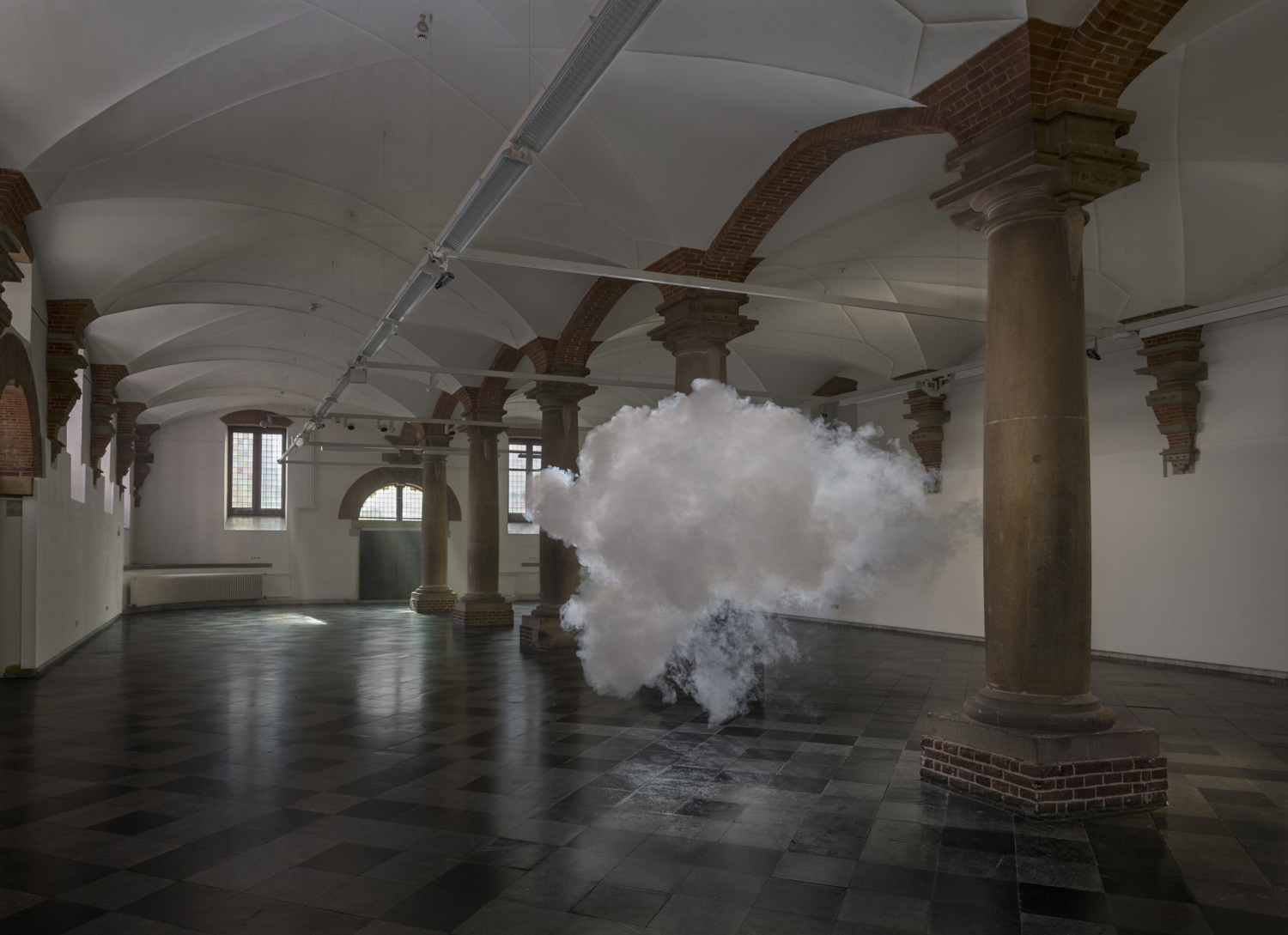 From an ‘Old Men’s House’ to new municipal museumThe Frans Hals Museum is divided over two locations: Hof and Hal. They are within a short, scenic walk from each other, through historic Haarlem.

Now home to an array of art treasures, our Hof location was once a home for old men; a place where, in the Golden Age, gentlemen enjoyed their golden years. But since 1913, this courtyard building of Groot Heiligland has exhibited the municipal art collection, with numerous highlights from the same Golden Age.

OrphanageBetween being an Old Men’s House and a museum, the building also served as an orphanage for just under a century. From 1810 onwards, it sheltered numerous orphaned children, one of whom was the painter and writer Jacobus van Looy (1855-1930).
Municipal museumIn 1908 the municipality bought the buildings with the aim of exhibiting the municipal art collection there, as it had outgrown the space in the town hall. Large parts of the Old Men’s House were demolished and rebuilt in early 17th-century style, as designed by city architect Lucas Christiaan Dumont (1865-1935). On 14 May 1913, the Frans Hals Museum opened its doors to the public for the first time.
Museum interiorMuch of the present interior is different from how the building originally looked. Introduced in 1913 or later, the new additions are part of the museum collection. Take room 15, for instance, which was originally the dining room of the Old Men’s House: the chandeliers come from the 12th-century church at Spanbroek, the tiles from demolished old buildings in the city, and the ornamental fireplace is composed of pieces that did not originally belong together.
New extensionsIn the 1930s, a new hall was built behind the main building, and a depot was added at the end of the 1950s. In 1981, the museum was further expanded with a section for modern art, based on a design by city architect Wiek Röling (1936-2011). Today, the building is home to an exhibition about Frans Hals, a lecture room, the museum café, and the Studio H workshop space. 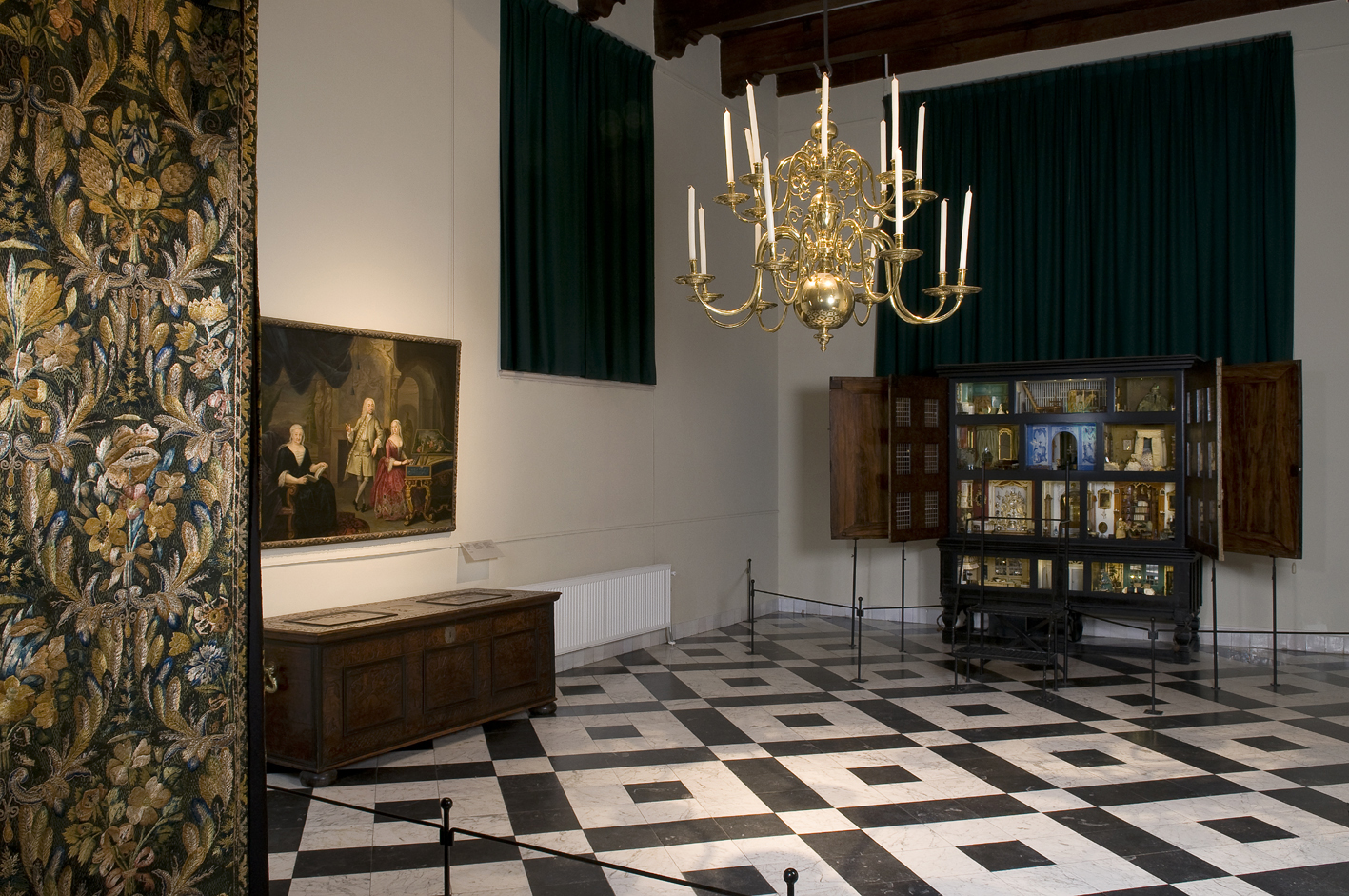 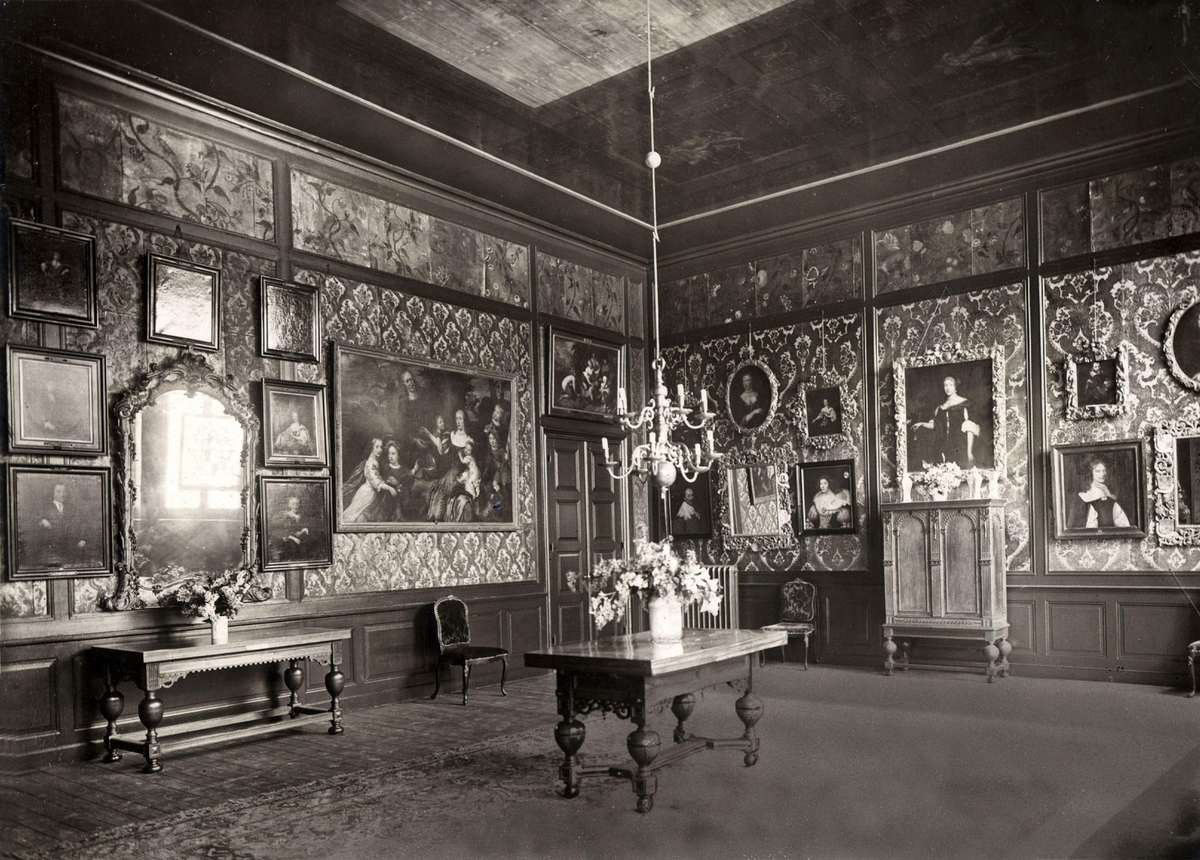 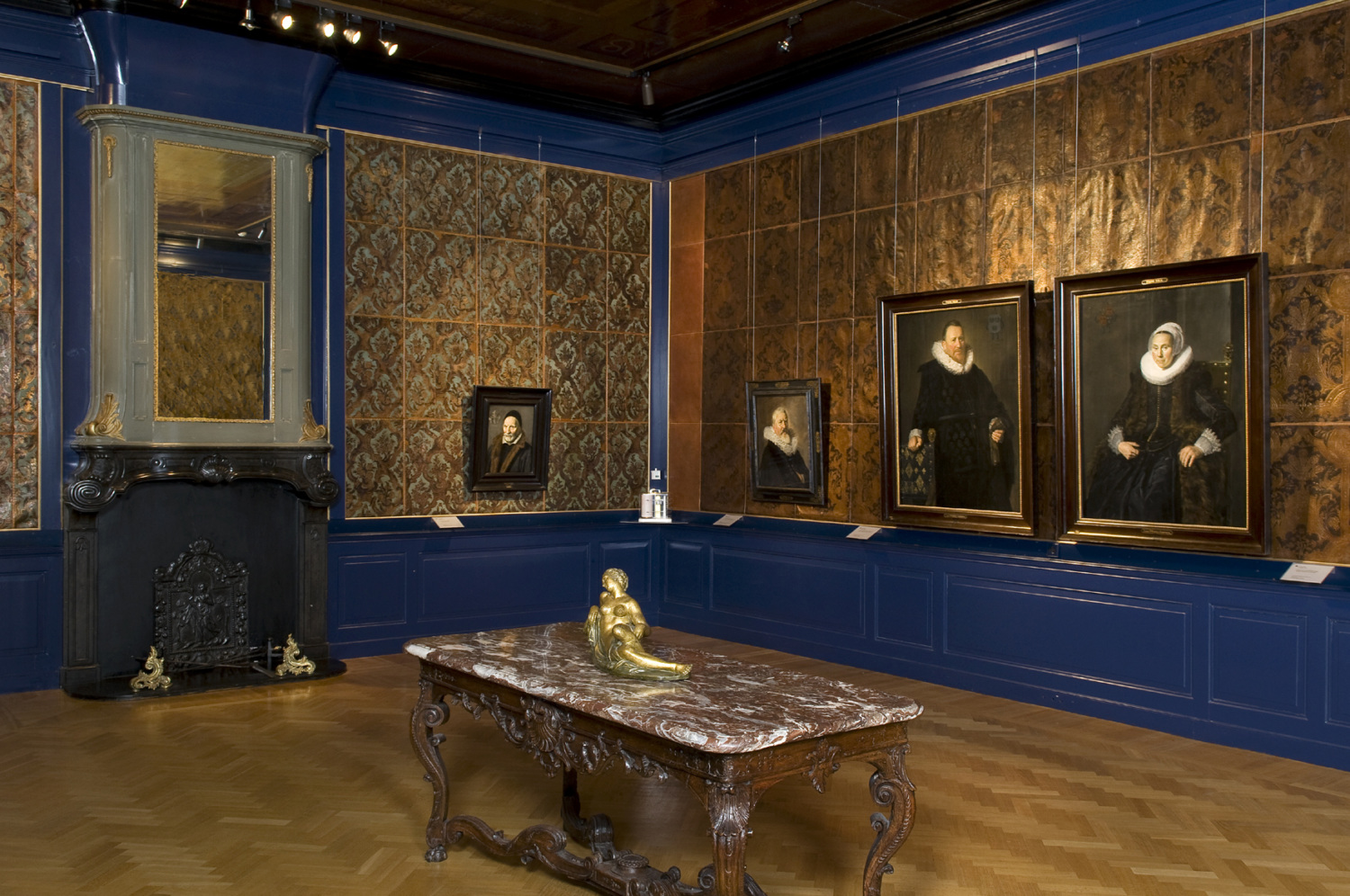 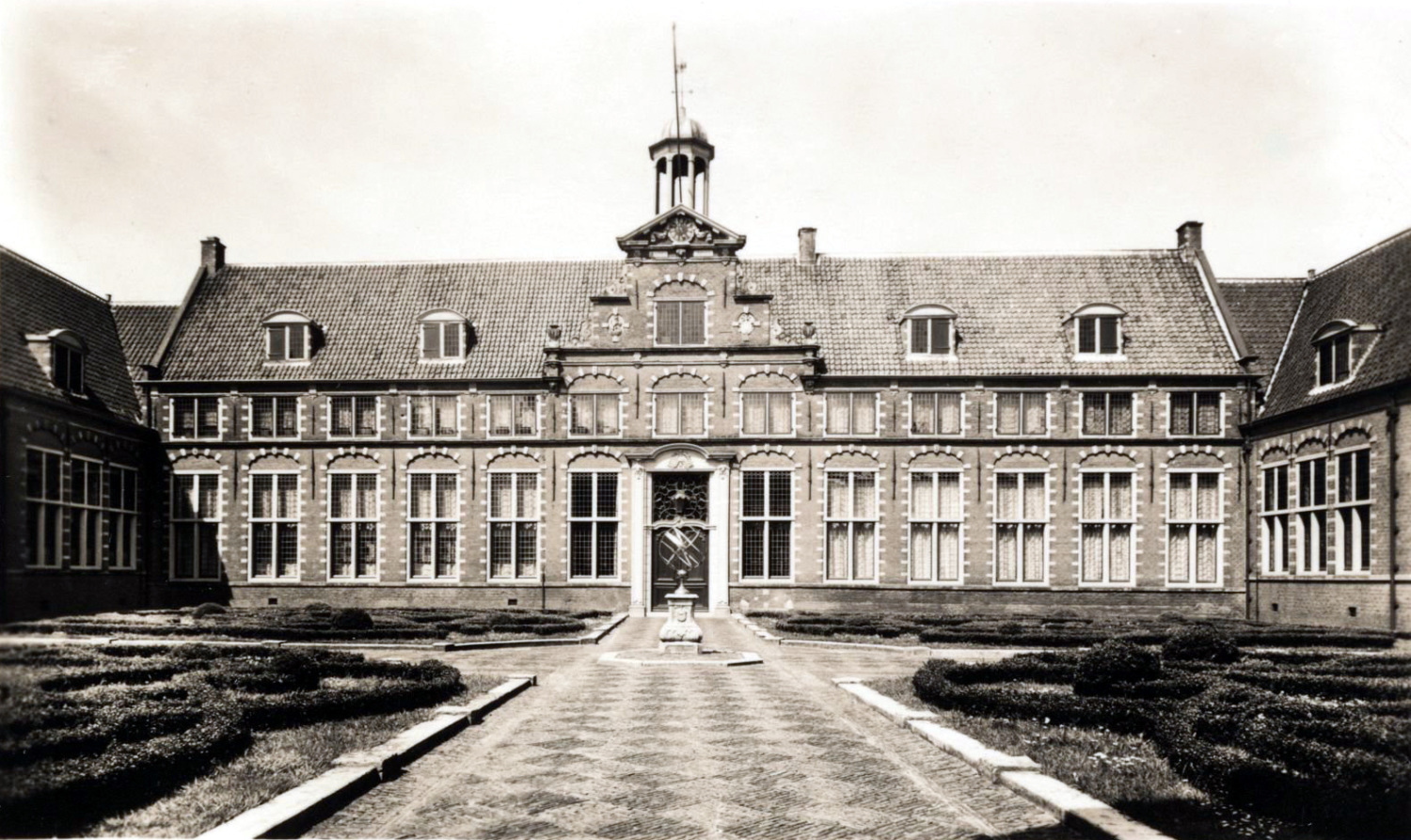 Every room has a story to tellFrom the basement to the attic, our buildings are full of surprising stories; stories that provide a fascinating insight into the life of yesteryear. Hear what the old walls have to say via the audio tour that is available for both the Hof and Hal locations.
ONE MUSEUM TWO LOCATIONS
HOFGroot Heiligland 62
2011 ES Haarlem
HALGrote Markt 16
2011 RD Haarlem